Invalid joint_states being reported by Turtlebot3

I’ve tried this on at least 5 turtlebots and have had the same problem.

With Foxy, and running only these functions:

After travelling over around 5-20 metres, the /joint_states/wheel_(left/right)_joint/position values jump suddenly by large amounts (50000+ … sometimes up to 7e+224)

Sometimes it jumps back, sometimes it’s a step change.

Needless to say, this wreaks havoc on the odometry output, when the wheels have travelled well beyond the edge of the known universe.

I’ve tried updating the OpenCR firmware to the latest, with no effect. 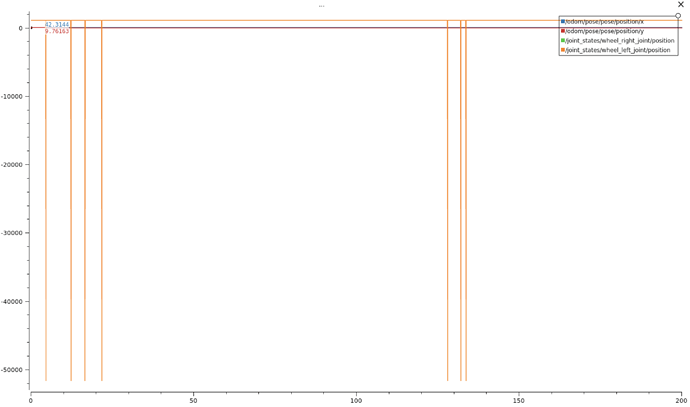 Has anyone seen anything like this? Any idea how to troubleshoot?