Questions about the Intrinsic Acquisition of OSRC

We’ve recently made a big announcement: https://discourse.ros.org/t/the-osrc-team-is-joining-intrinsic-and-what-it-means-for-the-ros-community/28764 We know that you have questions about it. Please ask those questions here and the Intrinsic and OSRF teams will work to answer them as soon as we’re able, in the form of updates on the main announcement thread so that everyone has a consistent place to look.

First off, congrats to the Open Robotics team. This is great news and a well deserved end for the efforts invested by many there over multiple years.

Not a question per-se but more of a recommendation to those with pressing questions: Q&A: Brian Gerkey and Wendy Tan White on Intrinsic, Open Robotics, and ROS - IEEE Spectrum is a great read and answered many of the questions that I had.

For transparency, I would like to repeat some questions from the TSC meeting on December 15th so that they can be answered publicly here:

First of all, congrats to the whole team at OSRC. It’s great to see you thrive.

I read all the announcements and the Q&A, and I was left with a few questions:

The OSRF team will lead the transition to a more participatory and durable governance structure for the projects, similar to that found in The Cloud Native Computing Foundation and other projects under the The Linux Foundation. OSRF will be working closely with the membership of the ROS 2 Technical Steering Committee to create this new structure.

Huge congratulations to the team! I’m excited to see what comes of this partnership and some Alphabet backed investment

wow, fantastic news! Congratulations to @gerkey and the team!

What does this mean for non-OSRC/non-OSRF core maintainers and committers, both for the foreseeable future and in the long term?

First and foremost, a big congratulations to Open Robotics (and if I got that right, more specifically OSRC)! I must say that this comment from @gerkey is spot on and certainly applies to me as well:

the first reaction is, “what?!” Before they can even get to deciding if it’s good or bad, it’s just really different from what they expected.

While I have huge respect for Intrinsic, their staff and their mission, only time will tell what this means for the ROS community… I’m pretty optimistic though

As far as I understood, congratulations to OSRC-employed engineers on getting positions in a corporate environment with lots of capable colleagues that does not depend on project money limited in time. Thus, they are hopefully more stable. I’m looking forward to a positive future and do not doubt the good intentions of Wendy/Torsten/intrinsic/OSRC.

The title of the announcement on discourse says

… and What it Means for the ROS Community

but after reading all three blog posts it is very much unclear to me whether there is any meaning for the ROS community, though you foresee some “growing pains” for the next months. Could you please summarize tangible changes that you expect or think likely that someone in the online community might notice?
“We all work together” already as a community, that’s nothing new.
I expect a new working environment for a bulk of core developers might provide better workflows or more insights for further development in the future, but from the outside it’s splitting hairs whether this will change anything in ways that more diverse collaborations with a standalone OSRC would not.
Will you work on more stable tasks inside intrinsic and might that lead to more local interest in features to support these tasks?
Will we see a lot more “copyright intrinsic” in new code for the core project?

On the dystopian end of the spectrum, Torsten Kroeger is somewhat known (among many great things he coordinated/wrote!) for the reflexxes Type II / Type IV LGPL/closed-license split, which now continues in a “Community”/“Pro” split in Ruckig.
Both libraries are great achievements for control and it is frustrating their extended features are not entirely open source due to company interests.
Might we see a closed ROS2(Pro) intrinsic version at some point with software-based selling points that will not be part of the community version or can you rule that out entirely?

Great question @v4hn, I had some questions along similar lines. I would like to add to your last question, and ask if in the near future we do get a ROS2 (Pro) version, how would that affect developers in integrating different FOSS and closed packages together. I guess it would be similar to the Xenomai model of licensing - where you license the core packages in a different way than the extra/addon packages. Need to see what Open Robotics people say about that.

White: If you think about a model like Linux and Red Hat, Red Hat became almost like a commercial or industrialized arm of Linux. That commercialization and hardening around Red Hat meant that industry was willing to commit to it more broadly, and what Brian was finding at Open Robotics is that he was starting to get that pull to build to that level, and then ended up building loads of customized things on top of ROS when really what was needed was a more industrialized platform. But he didn’t want to force the ROS community into that alone.

Apparently, Wendy Tan White is unimpressed about loads of customized things built on top of ROS. I think this means the end of the ROS ecosystem&tooling, as the community understands today and defends fiercely (my experience). I hope you can explain what a more industrialized platform means soon and how you would force the ROS community.

Here’s another source of information: Changes at OSRF.pdf - Google Drive .

Will documentation of core ROS2 functionality be higher on the priority list?


Will there be more clear communication wrt which specific features are being worked on (short term / mid term / long term), and which are no longer a priority?

E.g.:
Real-time determinism is stated as a key design feature of ROS2.
There’s several interesting design documents, e.g.: Introduction to Real-time Systems and Proposal for Implementation of Real-time Systems in ROS 2. But 5 years on it’s absolutely not obvious to find out what possibly would be the best practice procedure to set up a system.

Another example: time
This document talks about synchronized time, simulation time, local time, etc. This seems indeed very relevant core functionality. However I don’t know of any examples or documentation that would show if this exists and how to use it. Or whether this is still planned, etc.


How will OSRF be funded?

All good, but according to the info page, the OSRF team is currently two managers and five directors, which seems to be not really the right structure to get a lot of work done.

So, what is the strategy?

and then ended up building loads of customized things on top of ROS when really what was needed was a more industrialized platform.

It’s not necessarily untrue. For instance:

Obviously for a lot of people these things are irrelevant, and they are perfectly happy with ROS2 as it is, but overall I think indeed any move towards a more mature and stable ROS2 core is highly desirable.

Will there be more clear communication wrt which specific features are being worked on (short term / mid term / long term), and which are no longer a priority?

There is a “roadmap” page on the ROS 2 docs website, not sure if you’ve seen it: Roadmap — ROS 2 Documentation: Rolling documentation. It obviously does not include things that are no longer a priority, though.

The answers are here: The OSRC Team is Joining Intrinsic and What it Means for the ROS Community - #29 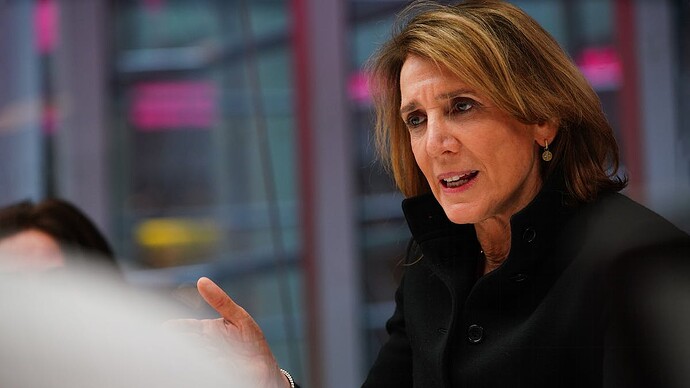 Less than a month ago, Alphabet’s industrial robotics subsidiary Intrinsic said it acquired a team of people from a software development firm called Open Robotics. On Wednesday, Intrinsic went in the other direction by laying off 40 employees, a...

From the teaser abstract, this doesn’t sound good. :<
Does anyone have access to the entire artical?

Edit: another article that includes a quote from Intrinsic: 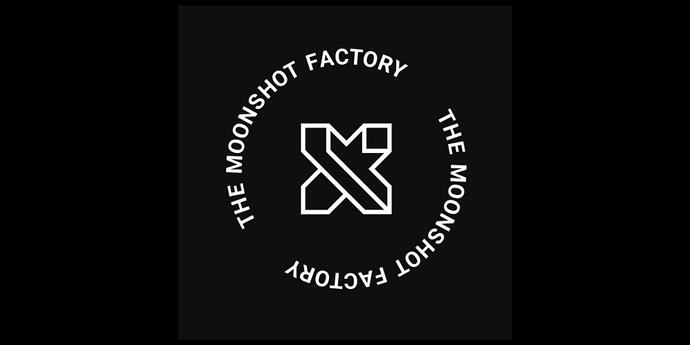 Amid the current economic environment, the first layoffs at Alphabet are impacting companies working on health and robotics, while X...

“Intrinsic’s leadership has made the difficult decision to let go a number of our team members. We have communicated the news directly with them. We fully acknowledge how hard this will be and are offering as much proactive support as possible. This decision was made in light of shifts in prioritization and our longer-term strategic direction. It will ensure Intrinsic can continue to allocate resources to our highest priority initiatives, such as building our software and AI platform, integrating the recent strategic acquisitions of Vicarious and OSRC (commercial arm Open Robotics), and working with key industry partners. While incredibly tough to do, we believe this decision is necessary for us to continue our mission.”

@ruffsl According to your second article this it seems the OSRC will be safe!

This was before Google now announced to lay of 6% (12000) of its workforce across Alphabet. And as far as I’ve heard, this was done more or less randomly over night by locking people out of the corporate access without prior notice. At least in the US where this firing “culture” is legal, in other countries e.g. in Germany this might not have taken full effect yet and take longer due to notice periods. 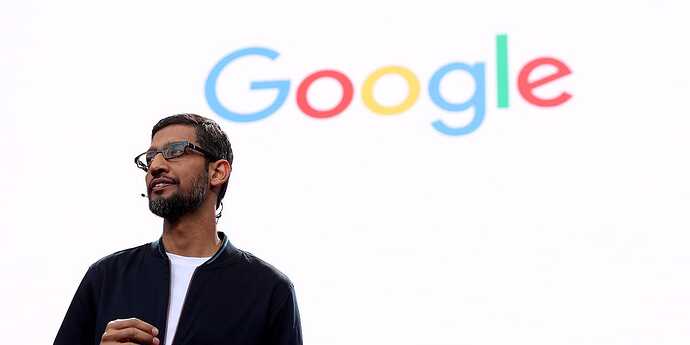 Laid-off Google engineer says he was in 'a state of shock' after being locked...

A senior Google engineer said he read the layoff email and was locked out of his work accounts 20 minutes later. 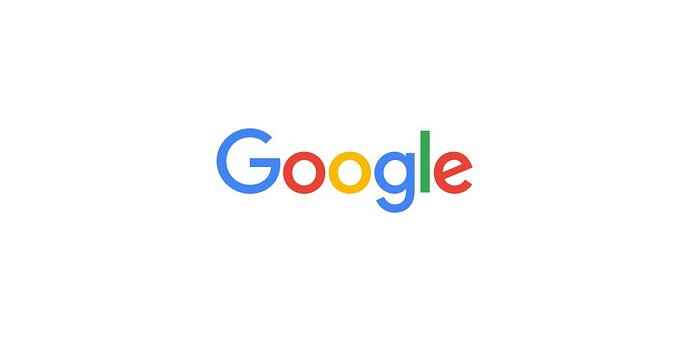 A difficult decision to set us up for the future

As an almost 25-year-old company, we’re bound to go through difficult economic cycles.

Regarding the acquisition OSRC, I think I’d first need to see which business model Intrinsic will actually follow and how they want to monetize it before I can judge this. Their public information is still super fuzzy, only the goal of making “software tools designed to make industrial robots easier to use” is not yet something that makes it stand out from similar sales pitches of cobot companies. But I’ll look forward to being surprised