A Docker/ADE image for contributing to ROS 2

We at Apex.AI have created a Docker image to make it easy to contribute to ROS 2 which we wanted to share with the community. It’s simply an image containing all the dependencies needed to build ROS 2 from source – after starting it, you’re immediately ready to do colcon build. Here it is: Apex.AI Public / ROS2 ADE · GitLab

It is intended to be used as an isolated, standard environment for development with the ADE tool. ADE improves the Docker experience by

among other niceties. There are currently images for Foxy and Rolling, built nightly – more distributions can be added in the future.

Please try it out and let us know what you think, or open an issue if something doesn’t work.

Awesome! Could we combine our efforts with the existing ros2 Dockerfiles and tags hosted here? 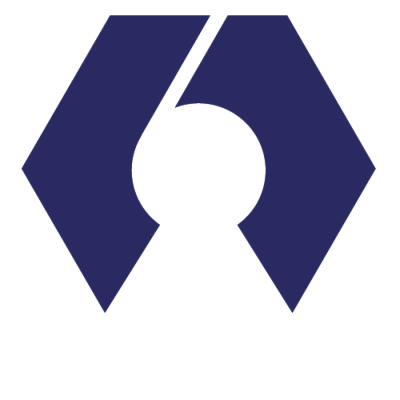 A repository to hold definitions of docker images maintained by OSRF

It’s simply an image containing all the dependencies needed to build ROS 2 from source – after starting it, you’re immediately ready to do colcon build .

For example, the osrf/ros2:devel tag is quite similar, but also conforms to the same Dockerfile setup layout as the Docker Official Images for ROS defined in the same repo; such as install paths, default entrypoint scripts, set environment variables, installed colcon mixins, etc:

This file has been truncated. show original

There are currently images for Foxy and Rolling, built nightly – more distributions can be added in the future.

This repo also includes several nightly tags, updated daily, that build from the nightly fat archive compiled from the last successful build job on ci.ros2.org. They are designed to be interchangeable with the Official Library Images, so if one would like to switch the parent image from say ros:rolling to the bleeding edge nightly build without compiling all of ROS2 master yourself, one needs only to change the FROM directive in the Dockerfile to osrf/ros2:nightly.

This file has been truncated. show original

Here is an excerpt from the repo’s README that describes each current tag available:

@ruffsl Thanks for pointing me to this project, I agree it’s worth considering.

How would you get a Dockerfile for Foxy? “Nightly” sounds like it only contains master.

One difference is that in the OSRF images, it looks like the source checkout is actually built, and source and binaries are kept in the container. In ADE, the source would never be used because the repository is mounted into the container’s home directory, so the /opt source checkout adds 430M of weight. Maybe the compiled ROS2 would be useful to some, although I wouldn’t want to get it mixed up with the fresh ROS2 build in the home directory.

.bashrc and entrypoint.sh would be overwritten/ignored by ADE as well, but that’s probably not too bad.

It has been about a year that we discovered ADE and we love it ever since ! It is just great to work with it, we never want to go back to installing the stuff on our machines

It has been a journey for us with ADE, and along the way, as we needed several images for various purposes, we built a series of new image building upon the pre-existing conventions used in your existing Autoware image. We needed to

I also made volume images to integrate Sublime Text 3 and Emacs:

And a few example projects to illustrate the stuff:

We also have some needs that we do not yet have a satisfying solution for at the moment :

It is still somewhat a not very polished work in progress and some reflections are still ongoing.

If you are interested, I would love to have a call to discuss our experience, possible conventions to put in place and how we coule help move this project forward.

I also feel like there is something common and great that is possible with Ruffin’s official ROS 2 images, although I haven’t reflected enough on this subject to come up with anything concrete to imagine.

As a finishing note, there are several things that we still haven’t made publicly available because we didn’t take the time to do it and/or we still do not have definitive solutions for, including

And stuff that I still don’t know how to go about, like

I already have made my first contributions for some of the problems that we ran into, but not everything has yet been contributed, either by lack of time or because we are not sure of how you guys see things for this project.

I strongly believe in this project for the future of ROS 2, which is why I am stating again that I would love to discuss it with you guys over a call.

@deb0ch Happy to hear that you are building upon ADE! I’ll refer you to @jpsamper2009 to chat about these topics (email: jp.samper @ company name).